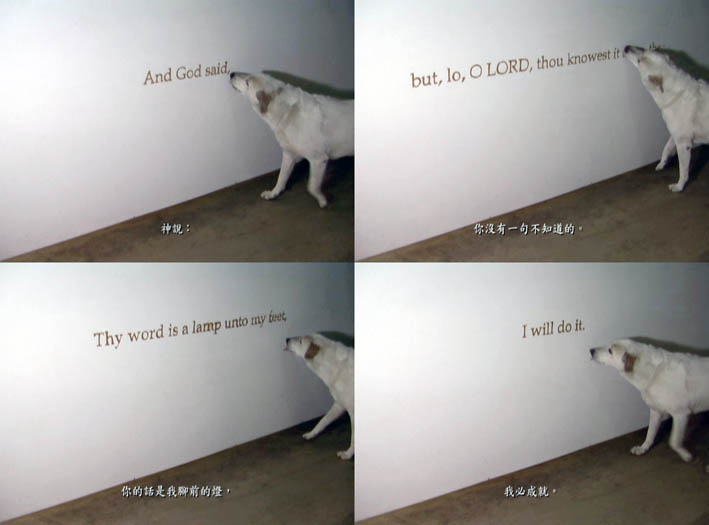 Like a modern Aesop, the Taiwanese artist Hung-Chih Peng invites us to consider our human behaviors and spiritual aspirations through four recent works featuring dogs. In One Black/One White (2001) dogs act out the human foible of envy to their own detriment. In the Canine Monk series (2007) they write beautiful Zen Buddhist, Daoist meditations and protective charms with their tongues. As they perform the role of human surrogates in these works they remain dogs, relating to each other, the world, and spiritual realities as dogs do, so that we may learn from them in strictly canine terms.

This presentation of the Media Test Wall is generously supported by the Massachusetts Cultural Council and the Council for the Arts at MIT.