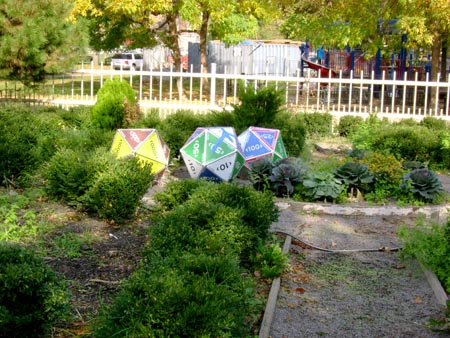 Jamaica Flux: Workspaces & Windows 2007 is a contemporary public art project which includes the commission, creation, and exhibition of 24 multidisciplinary, site-specific artworks. These works will be displayed at a variety of locations along Jamaica Avenue (Queens, NY) including banks, stores, restaurants, street corners, phone booths, parks, and other public spaces from September 29 - November 17, 2007.

In the spirit of collaborative cultural activity, in addition to the 24 artists/artist collectives, Jamaica Flux 2007 involves three curators, three to five scholars, several business owners, merchants, and organizations from the local community. JCAL will also present a companion exhibition in its gallery from September 29, 2007 - January 12, 2008, which includes participating artists' sketches and models as well as historic examples of site-specific art.

The project is an outgrowth of Jamaica Center for Arts & Learning's (JCAL) extremely well-received Jamaica Flux: Workspaces & Windows 2004 project. Jamaica Flux 2007 challenges traditional ideas about where art should be displayed and explores the relationship between art, commerce, urban renewal, and community. By facilitating an inclusive dialogue between artists, curators, art-historians, community residents, business owners, and visitors to Jamaica, Queens, the project examines issues such as identity and cultural heritage, immigrant experiences, capitalism and technology and their impacts on contemporary arts practices, and the historic specificity of place and time.

JCAL is one of the oldest alternative spaces in New York City, a 35-year-old multidisciplinary urban arts center serving the community of Southeast Queens. Jamaica, Queens is one of the most ethnically diverse neighborhoods in the country, and JCAL programming strives to reflect the diversity of its vibrant community.