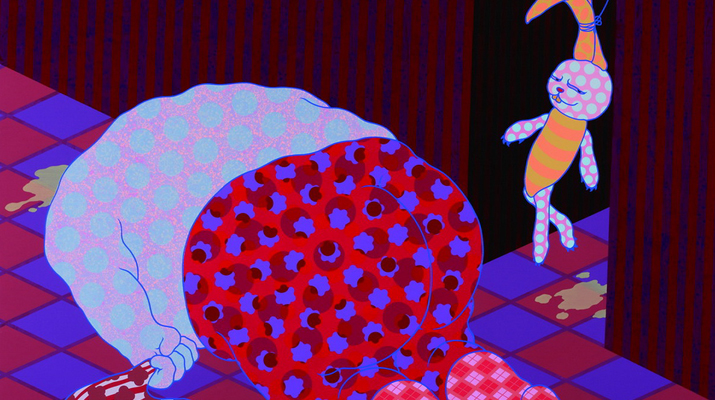 The 2nd annual Asian Contemporary Art Fair New York (ACAF NY) will be held from November 6 through 10, 2008 at Manhattan's Pier 92 in New York City. An opening night preview will be held on the evening of November 6. This year more than 60 international galleries and non-profit organizations from 15 countries will show a wide range of contemporary work by artists from countries including Taiwan, China, Japan, Korea, India, Bangladesh, Philippines, Singapore and Vietnam. Much of the work, including paintings, sculpture, photography, works on paper, video and installations, will be on view in the United States.

To promote Taiwan's contemporary artists, a special exhibition of A New Interpretation of the World-Popular Culture and Contemporary Art in Taiwan is co-organized by the Taipei Cultural Center of TECO in New York and the National Taiwan Museum of Fine Arts at Booth 370 of non-profit area, showcasing contemporary works by J.C.Kuo, Ming-Tse Lee, Yi Hung, and Yu-An Liao, which are provided by Asia Art Center, Main Trend Gallery, Xue Xue Institute, and Mr. Hung Yi Art Studio.

The aforementioned four contemporary artists exhibit vivid styles and strong expressions. The special exhibition, A New Interpretation of the World-Popular Culture and Contemporary Art in Taiwan, aims to present how Taiwan, during the globalization process, assimilates international commercial culture of mass-assumption and taste of fashion to create a popular culture that also incorporates the root-culture indigenous to Taiwan. Such type of culture is characterized by a high sense of homogeneity, vulgarity, vividness, and visual sensibility, which provides artists with an important source of inspiration. Such works utilize relevant signs by repetition, combination and reorganization to examine and criticize the phenomena of Taiwanese culture with styles that are ostensibly exaggerating, absurd and gaudy as reflections on the popular culture phenomenon of Taiwan during the process of globalization.?This exhibition presents a clear and thought-provoking theme which introduces the different aspects of Taiwan contemporary art to the world, hoping to stir up a hearted reaction and to increase the Taiwanese artists' international visibility.

The brief introductions to our invited artists are as follows:
J.C. Kuo was born in 1949 at Lugang Town, Taiwan, and is regarded as a member of the first generation of modern Taiwan artists after WWII. He excels in utilizing the subject matters derived from the swiftly changing society of Taiwan. In his works, one sees how he, by referring to traditional mythology and prophesizing themes, compresses and juxtaposes on a single pictorial surface the various historical differences and the differences between the Eastern and Western cultures. He also attempts to present the heterogeneous and chaotic phenomena that characterize the Taiwanese society and culture following the lifting of the martial law.

Ming-Tse Lee was born in 1957 in Kaohsiung, Taiwan. His landscape paintings bring together Chinese traditional landscape paintings, legends of Chinese popular beliefs, signs of consumption culture. Such works incorporate the ancient and the contemporary, Chinese and the West, but their essence lies in his observation and interpretation of Taiwanese culture and society. In a way, these works are evidences of how the artist tries to seek a metamorphosis of existence amid the reality. Ming-Tse Lee likes day-dreaming, and casts such happiness into his works by combining real landscape and imaginary figures; he turns the ordinary landscape into a new territory that allows free wondering of imagination. One cannot refrain from being not attracted by his illogicality.

Yu-An Liao was born in Taipei, Taiwan. For the youthful Liao, creation is a lubricant to his life. He expresses the boredom and conflicts of life by regrouping and recreating the experiences sliced from daily life through ridiculous and absurd ways. The works on this exhibition are all his "self-portraits," which are not only records but also his attempt at creating a self in his imaginary world.