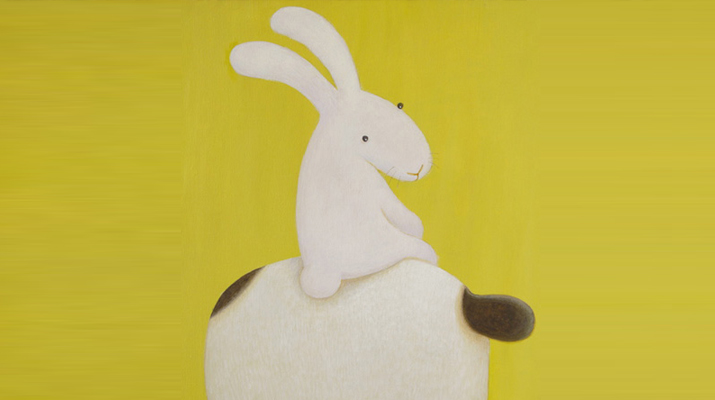 Benrei Huang is a painter, writer, and a book illustrator. Being the third child among four in her family, the naughty one and a bookworm in the same time, she made her career a children's book writer and illustrator so that she could be playful and doing something with books in the same time.

She went to National Taiwan Normal University to study fine art, graduated in 1982, later set her foot in the Big Apple to study illustration at School of Visual Art MFA program where she learned the profession of book illustration. She has been working as a children's book illustrator since 1988 and living with her family in New York, her sculptor husband who draws when he thinks, her son who draws even in his dreams, and a guinea pig who doesn't draw, along with a long list of books she has illustrated.

In the beginning of year 2008, Benrei Huang started pursuing her long lost career, a painter, and has been developing series of paintings ever since. She's currently having an exhibition at Taipei Cultural Center of TECO in New York where she shows her series of 20 plus paintings, all of them acrylic on canvas. According to Huang, after being a book illustrator for so many years and living with a sculptor for an equally long time, it's only natural that each painting has a literary title; it's also inevitable that images of simple sculptural forms shine through her paintings.Taipei Economic and Cultural Office is located at 1 East 42nd Street, New York, Tel: 212-697-6188 212-697-6188 . The show names "here with me" will be on from June 12th through 29th. Opening reception is on Friday, June 12th, 6-8p. For inquiry please email: awordwithnini@gmail.com We look forward to seeing you for the opening of an exhibition by Benrei Huang.
Back
返回頂端
關閉選單
Keywords: 文化部
fb youtube mail