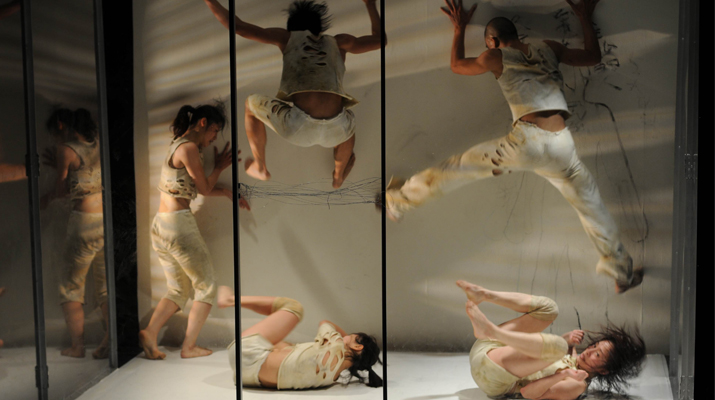 WCdance Company was founded in 2008 in Taiwan. WenChung Lin, the artistic director, focuses on the basic element of dance for delineating humanity in pure movement with believes in the nonverbal communication. The aesthetics and philosophies of Lin's choreography effortlessly exhibit his background in both eastern and western training. Critical acclaim has found his works to be lush, genuine, humorous, and original.

Before launching the company, Lin was leading dancer with professional dance companies such as Bill T. Jones/ Arnie Zane Dance Company, Repertory Dance Theater in Utah, Dance Forum Taipei, Taipei Folk Dance Theater, and Taipei Chamber Ballet? etc. His embodiment of all disciplines in dance and experience of working with such world known choreographers enrich his experience not only in performance but also in choreography.

In December of 2008, WCdance made its world debut with a new evening-length work entitled [SMALL]. Taipei Times acclaimed "a highly polished jewel of a work" and later selects this production to be one of the "if you missed these performances you really missed out" amongst year round productions in 2008. Half year later, the Small series production No.2- [Small Songs] once again won a critical acclaim-"[Small Songs] makes a maximal impact in a minimal space," and "Lin has made a virtue out of minimalism"...etc. by Taipei Times in 2009.

The works choreographed by Lin have well combined artistic arias of the East and West, audience can discover the works have displayed the boldness from the west and introversion from the east.

WCdance undertakes the mission of establishing an image of returning to the basic form of dancing and advocating dance as a universal art form. WCdance would like to, on one hand build up unique styles and features of works, and also combine the innovation of tradition and the promotion for culture and art, in the hoping that it can realize performing arts in our life.
Back
返回頂端
關閉選單
Keywords: 文化部
fb youtube mail