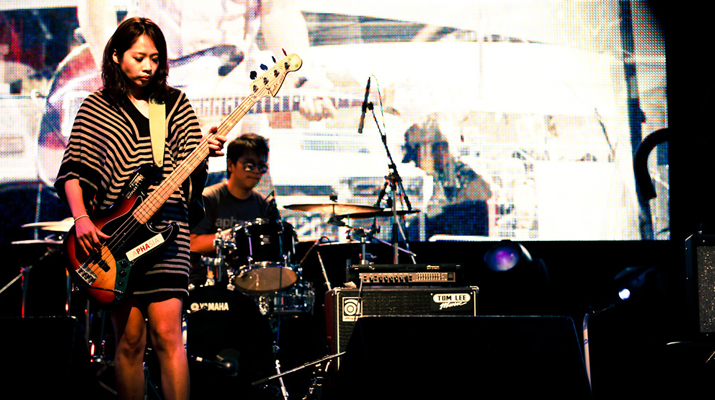 With ten bands from Taiwan and Canada to form one of the largest Asian music concerts in North America, an exhibition showcasing the evolution of music in Taiwan over the past century, and three renowned Taiwanese fashion designers showcasing their newest stunning works, TaiwanFest 2010 celebrates
Canadian diversity with a big bang.

We live in a society that relies on changes to advance. Changes come from challenging perceptions, reinventing traditions and dreaming the impossible. Crossover is a universal concept which symbolizes the movement or action of change. The festival aims to use "Crossover" to abstractly illustrate how Taiwan has transformed.

Music plays an important role in any culture. It tells stories of how a society has transformed and the lives of its people, their love, sorrow, values, perspectives and memories. Music also celebrates the past, engages the present and reveals the future. Taiwan, an island that has a history of embracing in?uences from the world over the past 400 years, is now a nation that is reaching out to the world with her unique culture. Music is the journey we take to revisits the past and welcomes the future; Music is also the journey we take to examine how much different cultures are alike and how different they can be. With this in mind, the festival will showcase the contemporary Taiwanese cultural landscape using music as the main focus in culinary, performing and visual arts, fashion as well as ?lms.

Originated in Vancouver in 1990 as an indoor and one-day concert, the festival is now the one of the largest Mandarin/English speaking cultural events in North America with two back-to-back festivals in Toronto and Vancouver. The multidisciplinary festival has attracted an attendance of 140,000 visitors nationally and over three million visits on the
of?cial website. www.taiwanfest.ca.